Ashley dropped out of Art school at 18, disillusioned with the education system. He wanted to brighten up the world and began his creative career painting giant murals that told the story of a place or a about a client’s life. He was self-taught and spent 10 years painting murals and public art all around the world. He started off by asking his local council, Bracknell to give him a wall and he said he would paint it for free if they let him do his designs. They gave Ashley a very ugly underpass in the middle of a run-down housing estate. The council said, “don’t be surprised if the mural gets attacked, the people around there have no respect”.

Ashley spent 100 hours carefully cleaning the wall and painting his optical illusion mural. It was inspired by MC Escher’s Metamorphosis picture that had touched Ashley from a very young age. Two weeks after the mural was complete the council called him to tell him there was not a mark on his mural. They didn’t understand why. Ashley said, “Well when was the last time you gave that community anything?”  They then commissioned him to paint some more murals, (paid this time).

Ashley took the before and after photographs to The Royal Borough of Windsor and Maidenhead council a few miles away. Over 2 years Maidenhead commissioned 4 giant murals in and around the town centre. 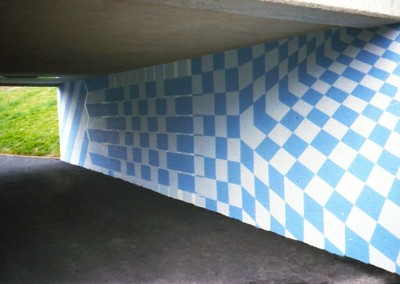 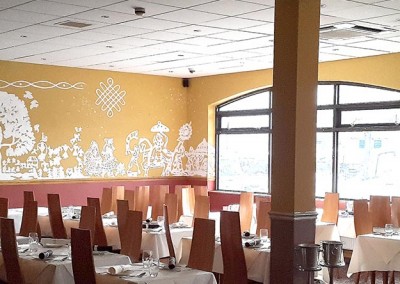 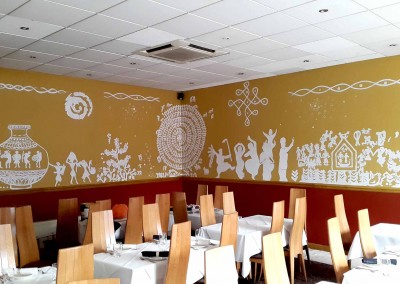 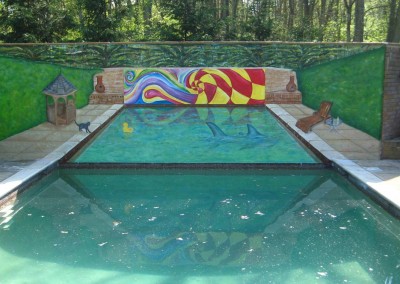 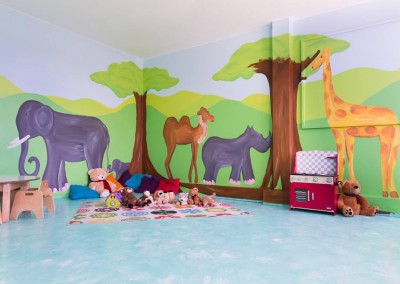 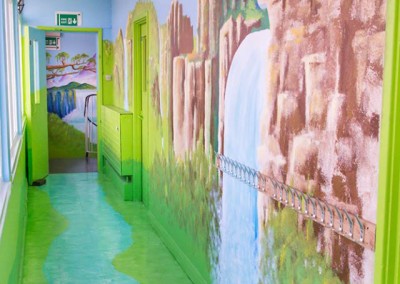 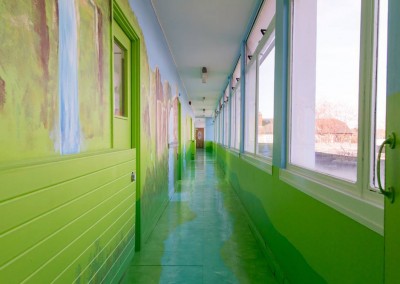 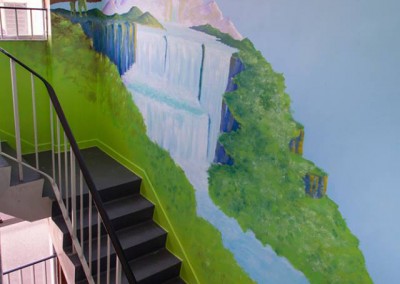 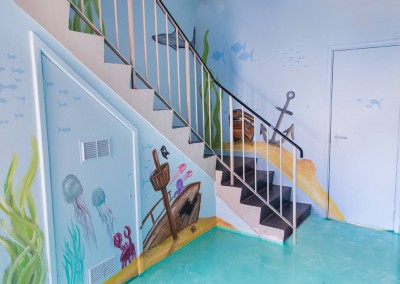 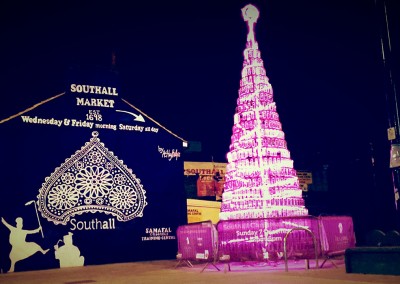 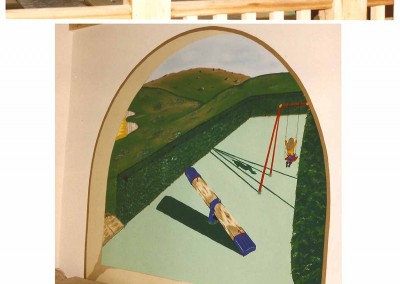 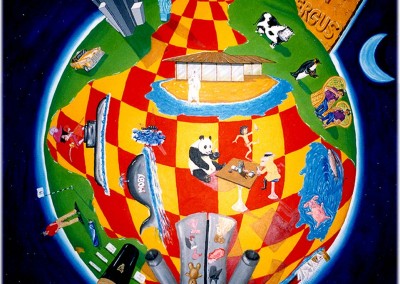 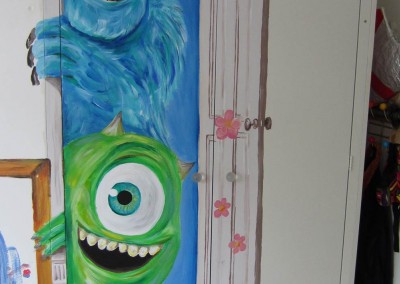 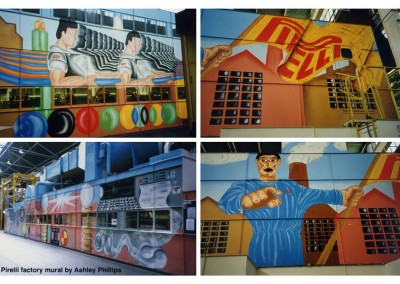 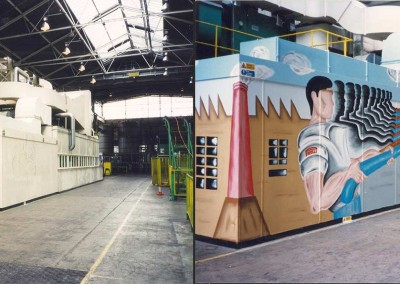 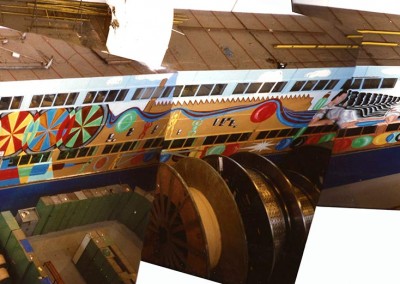 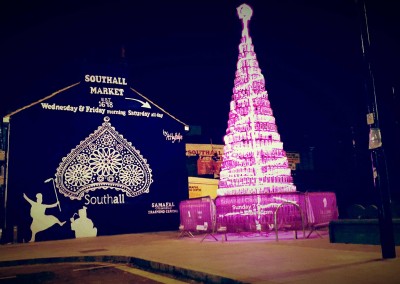 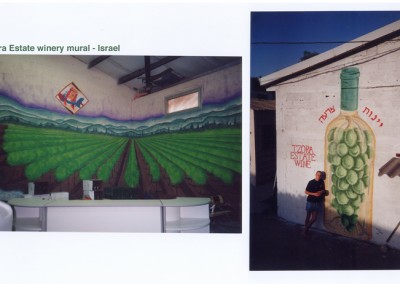 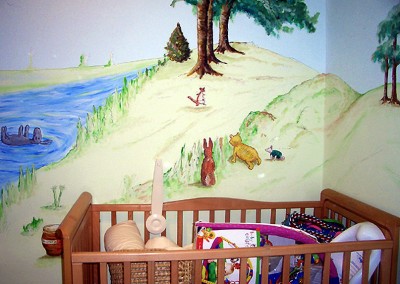 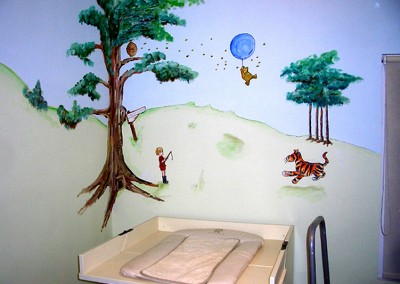 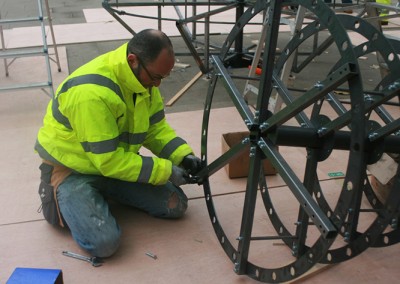 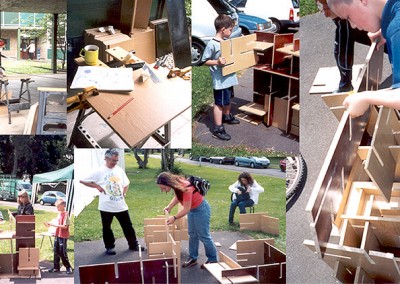 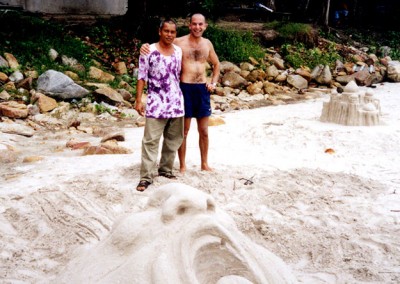 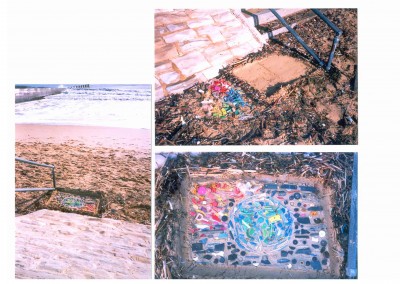 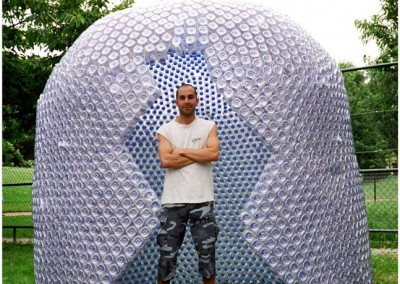 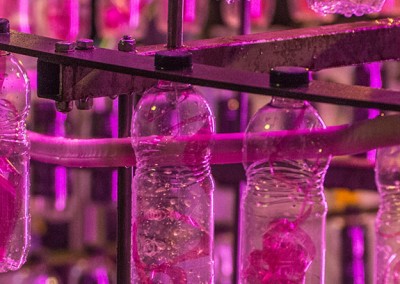 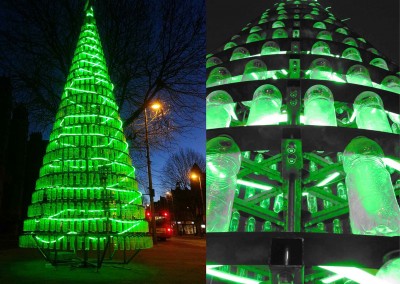 Ashley decided at 28 that University might have something to offer him and in 2000 received a 1st class BA Hons in Design and Public Art from Chelsea College of Art. He had discovered a world of materials, where anything was possible; he could use concrete, plastic, video performance and sculpture as a way of expressing his ideas.

Over the years Ashley has created even more murals & public art including: a geodesic domes made from 5,000 plastic bottles collected form the London marathon; a 6m Christmas trees made from steel and plastic bottles; Sandblasted windows, 500 m2 mural  for Pirelli and much more.

Ashley still does murals & public art installations when an interesting project comes along. Recent projects include a huge mural at Mefhil Indian restaurant in Southall, depicting the Punjab story of life in the style of traditional Indian mud hut chalk painting. Another recent mural project was a nursery in North London, with 6 classrooms, a corridor and 3 floors in a stairwell.

Please get in contact if you have an interesting mural or public art project that you want to discuss. info@glartique.com

Drop me a line